August 6, 2014
Feast of the Transfiguration of the Lord
Gospel MT 17:1-9
Jesus took Peter, James, and his brother, John,
and led them up a high mountain by themselves.
And he was transfigured before them;
his face shone like the sun
and his clothes became white as light.
And behold, Moses and Elijah appeared to them,
conversing with him.
Then Peter said to Jesus in reply,
“Lord, it is good that we are here.
If you wish, I will make three tents here,
one for you, one for Moses, and one for Elijah.”
While he was still speaking, behold,
a bright cloud cast a shadow over them,
then from the cloud came a voice that said,
“This is my beloved Son, with whom I am well pleased;
listen to him.”
When the disciples heard this, they fell prostrate
and were very much afraid.
But Jesus came and touched them, saying,
“Rise, and do not be afraid.”
And when the disciples raised their eyes,
they saw no one else but Jesus alone.

I've always been intrigued by why Jesus would say this to His disciples. For years, I've figured (foolishly and incorrectly) it was some sort of reverse psychology - tell them not to say anything and they will instead spread it like wildfire! Similar to when I tell Elizabeth to stopping antagonizing her sister only to have her do it all the more, sometimes hearing not to do something inspires us to do that exact thing. 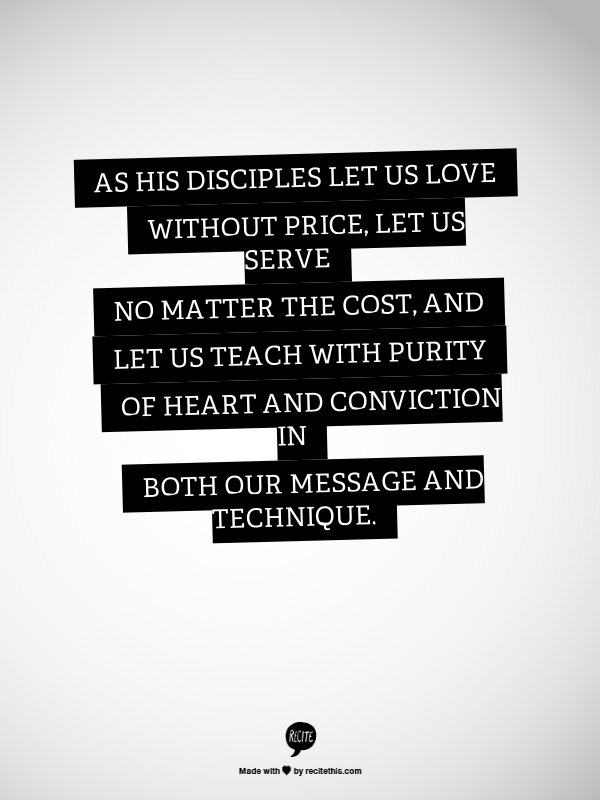 But, Jesus isn't manipulative. He is completely authentic. He doesn't play psychological games with us, tricking us to get Him to do what He wants. His "yes" means "yes", His "no" means "no".

So, why would Jesus say, "Do not tell the vision to anyone"? He utters similar phrases throughout the Gospels, particularly after performing some sort of miracle.

After curing two blind men, Jesus commands them, “See that no one knows about this” (Mt. 9:30).

Upon cleansing a leper, Jesus demands, “See that you tell no one anything, but go, show yourself to the priest and offer for your cleansing what Moses prescribed; that will be proof for them” (Mk. 1:43-44).

Jesus brings Jairus' daughter back to life and gives the same message: "He gave strict orders that no one should know this and said that she should be given something to eat" (Mk. 5:43).

Finally, Jesus allows the deaf man to hear and orders "them not to tell anyone" (Mk. 7:36).

In each case, the more Jesus instructs people not to, the more they proclaim His wondrous deeds.

So, once again, why tell people not to spread the Good News, until after "the Son of Man has been raised from the dead"? ​Simply, even though He was performing miracles, Jesus wasn't sent here to perform them. The miracles were a by-product, an outpouring and manifestation of His love. They weren't the purpose for His Incarnation, but they resulted because of His Incarnation. He came to teach. He came to love. He came to heal. He came to save. He did all of these things perfectly, authentically, organically. In doing so, His works were miraculous, wondrous, powerful, AMAZING.

He wasn't a circus act. He wasn't a performer. Promoting Himself as such would have invalidated His purpose. Attracting crowds (which happened anyways) in a self-serving way would have gone directly against who He was and is. He came to die, not to rule and have His name proclaimed as the World's Greatest and Most Feared Magician. He came to serve, not to have zealous, star-struck followers tending to all of His needs and wants. He came to love, not to woo us with mysterious and mesmerizing acts or cause us to bow down trembling in fear.

​As His disciples let us love without price, let us serve no matter the cost, and let us teach with purity of heart and conviction in both our message and technique. And, when others see the good works that we do in His name, let our light not illuminate us but instead glorify our Father in heaven.
Prayer
Dear Lord, let us humbly walk in your path and follow You. May we remain committed to our mission as Catholic educators and may all that we do, in service of You, honor and glorify your heavenly and precious name. Amen.
Posted by Michael Zelenka at 9:44 AM